After traveling south in Yugoslavia to Macedonia, (see previous post) we took a quick side trip into northern Greece and then headed north, to Bulgaria.

As we approached the border, we were made very aware that this was an unfriendly frontier.  Tank traps, barbed wire, and gun emplacements on the ridges made us a little uncomfortable.  Five or six miles from the border, a Greek outpost stopped us and asked where we were going.  When we said Bulgaria, they motioned us on.

This was 1974, in the height of the Cold War, and our first experience crossing the Iron Curtain.  Usually customs stations of the countries you are departing and entering are close together.  Here there was a no man’s land of a couple of miles between the Greek and Bulgarian ones.  As we approached the Bulgarian buildings, the road vanished into a pit about 30 feet long.  We stopped at the edge, but they motioned us on, and we cautiously managed the drop and later climb back to the road. Our car and luggage were thoroughly searched, as was my purse. A soldier even went through my billfold including the pictures.  After the search, when we prepared to leave, an officer told us that we were to report to the tourist agency in Sofia where we would be assigned rooms.

In the Sofia tourist office, we saw two windows: one for hotels and the other for zimmers.  I was delighted and immediately chose zimmer, because I wanted to see what the homes were like.

As in most cities, east or west, housing consisted of apartments.  We were assigned a fourth floor apartment which was not a surprise. However, we were shocked to find that three families already lived in the four room apartment. The tourist office had assigned the fourth room to us. One central kitchen and one bathroom served everyone. Laundry was done, by hand, in the bathroom, which made taking a shower almost impossible.  The bathtub was usually filled with buckets and pans of soaking clothes, and when those were removed, lines above the tub held dripping clothes. 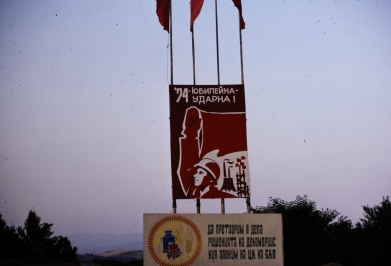 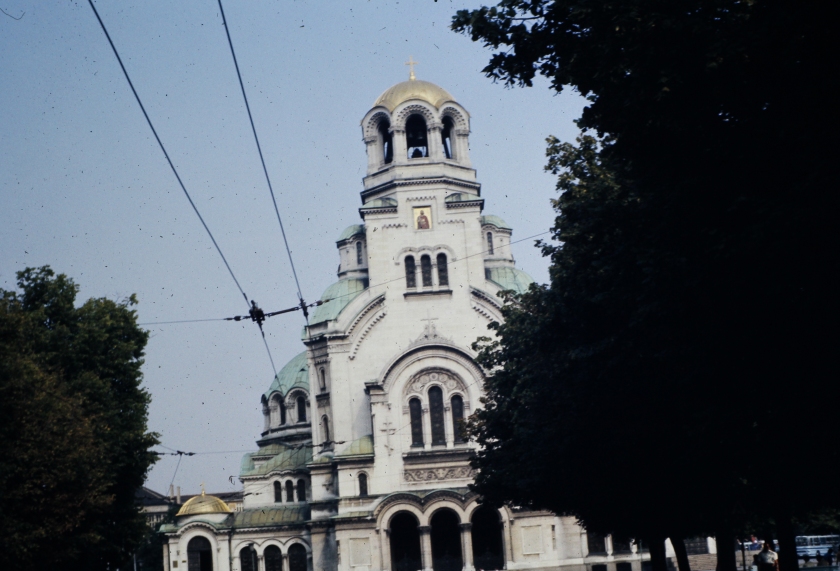 Our room was furnished with two cot-like sofas, more narrow than single beds at home. They served for both sitting and sleeping.  Besides these, the room contained a table, and a cabinet for hanging clothes.  Since this room was officially approved for renting to foreigners, I thought it must be considered an acceptable model of Bulgarian life. 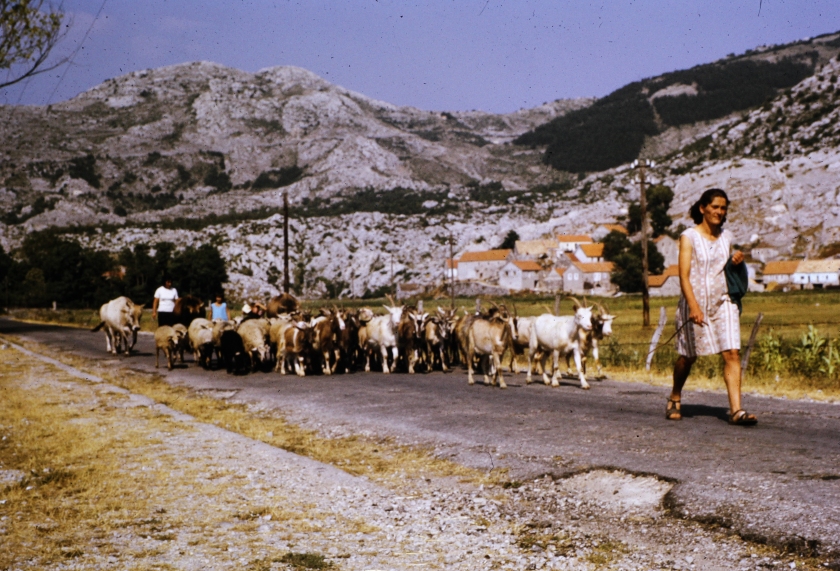 Neighbors in the other rooms spoke almost no English, which meant we could not ask simple questions on when we could bathe or fix coffee in the kitchen. Was there a rotation for kitchen use?  That seemed likely, but we couldn’t find out. I tried gestures, but the others chose to simply ignore us. Living for the three days of our visa in such close proximity without communication created a sense of isolation.  We spent as much time away as possible.  Leaving Bulgaria was a relief. My son insisted that we should, in the future, pass up rooms in private homes in communist countries.